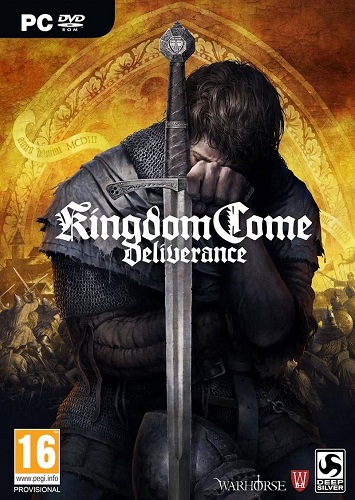 Lightning fast after payment you will receive a key to activate the game Kingdom Come: Deliverance in STEAM.


Kingdom Come: Deliverance is a first-person role-playing game in the open world, the action of which takes place in the 15th century Europe.
The player controls Indrich, the son of a blacksmith whose story unfolds during the Civil War.
The internecine strife in his homeland began the infuriated stepbrother of the King of Bohemia. The village of the hero is burnt to the ground, his family is killed, and now he, with the last sword of his father, must stand up against all adversities and take revenge.
The player will travel through the light, fight like a knight, hide in the shadows like a thief and skillfully, like a bard, convince other people with his eloquence.
A unique combat system from the first person will allow you to engage in one-on-one battles or participate in mass slaughter during castle sieges.
The player will have a sword, a battle bow and other weapons.

Features:
THE LIVING WORLD OF THE MEDIEVAL EUROPE
Players will be able to explore the authentic open world of Kingdome Come, created with a love of detail. Clothing, architecture, weather conditions of the terrain are recreated in the game historically authentic.
OUTSTANDING GRAPHICS
The Middle Ages have never looked better thanks to one of the most modern and powerful graphics engines Cry Engine.
INTEGRATED HISTORY BASED ON REAL HISTORICAL EVENTS
Players are waiting for an exciting story, rooted in the true history of medieval Europe.
REALISTIC AND DETAILLY RECOVERED MEDIEVAL BOSS
The combat system is as close to reality as possible. Feel the heaviness of the sword!
VARIABILITY AND COMPLEXITY OF JOBS
Players will be amazed that their adventure not only offers a variety of different quests and quests, but will evolve based on their own decisions and their consequences.

Additional information
• You buy goods in an international, family company with high values, and not from a private person.
• The market is more than 9 years old. We serviced 100,000 customers during this time.
• Only in plati we have more than 40,000 sales and more than 6,500 positive reviews over the past year.
• We sell a wide range of goods at record prices on the Internet.
• The official level of webmoney Business Level is more than 700.
• We are the official dealer of all the largest distributors in the CIS.
• After the purchase, if you are satisfied, please write the feedback below under the product, it is very important for us.
• If you have difficulty with activation, please write below under the product in the correspondence.

See all items by cheapvccnet